This time I would like to talk about a place where I've been some years ago. A jewel inside the surprisingly not well-known Bulgaria.

This place is called Belogradchik Rocks: one of the World's heritage sites located in the North-West of the country, close to the Danube river. 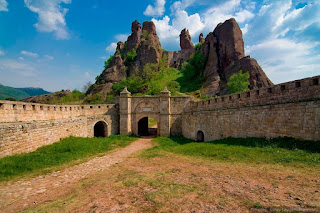 These weird-shaped rocks are the result of millions of years of sea water that used to cover the land. The compression of the salty water mixed with the sand contribute to the erosion of the rocks as they are nowadays. 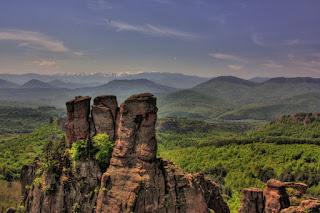 Every stone has its own name and story. The most famous are: Adam and Eve, the Schoolgirl, the Bear, the Shepherd Boy, the Dervish, the First Slabstone, the Camel, the Mushrooms, the Madonna. 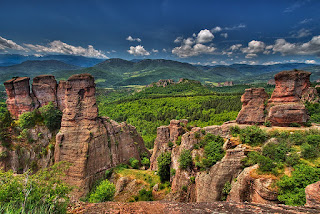 One of the most famous stories is that of the Madonna. The legend says that there was a nun who felt in love with a man with a white horse and got pregnant from him. When she decided to leave the nunnery the monks discovered her secret and once it happened the Madonna, the Man with the white horse and the Monks were all transformed in rocks. 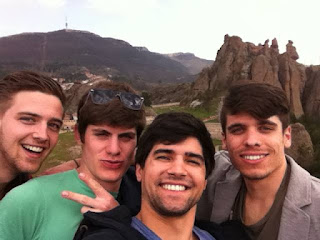 As I anticipated before, I have been there some years ago and here's the picture of me (on the right) with other Erasmus friends from italy, Belgium and Netherlands. Good old times! 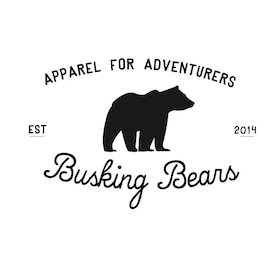 Busking Bears is a clothing brand for backpackers, weekenders and occasional adventurers.